What is Mangal Dosha Or Kuja Dosha Or Manglik Dosha?

Mars(Mangal) is a planet which is representative of  Short temper,  Temperament, Courage, patience, fire, aggression, Passion, high energy, quarrel, fight, accident etc... Let's see what are the repercussions of mars located in one, four, seven, eight, twelve houses house of horoscope.  Whichever house it is located or has its Drusti (Aspect), effects of Mars(Mangal) are experienced in the effect of Mars planet represented by that house.

As per authentic and ancient Vedic astrology, Mangal Dosha is Some time considered as very inauspicious in marriage life.

For analyzing Mangal Dosha in the natal chart (Birth Horoscope) / Rasi Chart (Moon Chart) and Importance  of the "Bhavachalit Kundali" should be considered.

At the time of mach-making of horoscope it should be considered the appearance of Mangal Dosha in horoscope. Generally Mangal Dosha is in boy`s horoscope, and in the girl`s horoscope not having MANGAL DOSHA or Vice versa, there is a chance of disturbed marriage life, some time chances of Separation, divorce, death etc., causing discomfort, tension or depression in relationship, leading to severe disharmony among the spouses and eventually to other bigger problems.

If two Mangliks marry, the negative effects are believed to be canceled each other out.  it is very suitable a Mangal Dosh holder should marry with Mangal Dosha holder person. In Exceptional case, whose horoscope having Saturn/Papgraha/Rahu/Ketu, can also be considered. This Mars dosha is astrologically believed to be not favorable for marriages; this is attributed to the "short Temper" nature of Mars, the planet of war. However, according to ancient Vedic Astrology Mars is not the only planet, which is supposed to affect the relationship and these effects should be seen in a broader perspective of overall astrological mach-making.

Importance of Mangal "mars" in Match-makig of the horoscope:

Mars gives a very high fighting spirit which helps in coming out of difficult situations, dealing with the stress. it teaches aggression which is very essential in taking new challenges. It is aggressive in nature, person having "So called" Mangal Dosh will never be a lazy person.  It makes the person very enthusiastic.  He or she will always keep himself or herself busy in all the activities. mars teaches high discipline, good Natured & generosity firm decision making, Healthy,  strong confidence. those who are having Mangal Dosha they can become leader, Surgeon, Caption, Army men,  Air marshal, Admiral, Chief minister, Prime Minister, President of a Country, Industrialist etc...

In Vedic astrology of ancient India, Mangal Dosha is an astrological combination that occurs if Mars Planet (Mangal Graha) is in the 1st, 4th, 7th, 8th, and 12th and some sages considered in 2nd house of the Horoscope. Any person born with this condition is called a Manglik.

The following are the negative effect Of Mangal Dosha :

If Mars situated in the 4th house it will affect 7th, 10th & 11th house in addition to 4th house. We have mentioned this effects of 4th & 7th house in above point.  10th house represents Business, service, career, father, order, fame, etc... hence there is a possibility of frequent changes/disturbances in the career, Happen in loss in business, Unstable job, sleep disturbance, issues / quarrel with father or even early death of father etc... 11th house indicates the monetary gains in life, hence there is a possibility of accidently losses, chances of theft etc...

If mars in the 7th house, then aspect on 10th, 1st & 2nd house. 2nd house is the house that gives the benefits of wealth of the person.  It indicates the prosperity of the family. 7th house also indicating the married life and partnership. Hence mars aspect on this house can create issues among the family members, there is a less harmony among the members due to short temper & aggressive behavior. there is possibility of divorce or disturbed married life and there is chances of breakage of partnership and loss of money.

If Mars situated in the 8th house in natal chart/horoscope. It aspect 11th, 2nd & 3rd house.  The 3rd house represents brothers & sisters of a person, the verbal communication skills, voice of the person, stoutness of the person.  therefore mars might create tensions among siblings, person may be very rude & arrogant in speaking, might hurt others quite often, quarreling natured, chances of  happening accident and may suffer more failures than successes.

What precaution is to be taken while checking the position of the mars in the horoscope?

To overcome the  mangal dodha you have to follow the following remedies.

1)Mangalik should marry with mangalik.

2) You can also marry with Sani/Papgraha/Rahu/Ketu instead of mars.

3) Kumbhavivah vidhi by authentic, expert of Vedic method. (For girl)

4) Pipal vidhi by authentic, expert of Vedic method. (For girl)

5) Marry with a gold/silver idol of the Hindu God Vishnu. (For girl)

6) The Special Pooja Vidhi Shanti of mars/Mangal by authentic expert in Jyotishacharya of Vedic method.

7) Chanting Mantras of mars under Guidence of  authentic expert Jyotishacharya of Vedic method or self.

8) Should wear pure Gemstone of Mars (Coral) under guidance of authentic expert Jyotishacharya.

Under what circumstances the "Mangal Dosh" is not considered "Dosh"? :

3) If mars is in the enemy house/Rasi i.e. in zodiac sign Gemini or Virgo.

5) If mars is in zodiac sign Aries in 1st house of Horoscope.

6) If mars is in zodiac sign Scorpion in 4th house of Horoscope.

7) If mars is in zodiac sign Capricorn in 7th house of Horoscope.

8) If mars is in zodiac sign Leo in 8th house of Horoscope.

9) If mars is in zodiac sign Sagittarius in 12th house of Horoscope.

10) If  mars is receiving Aspect (Drushti) from any Stronger and "Shubh" planet i.e. Jupiter, Venus, Moon & Mercury, it is treated to be a mild "Mangal".

11) If the horoscope of the girl has any of the following star positions, it is complementary to the person having "Mangal Dosh" & hence the two can be considered to be match for each other.

1) Some other angles need to be studied like the overall quality of the horoscope, power of the planets, aspects of the planets etc...

2) It is advisable to consult an authentic and  expert Astrologer while taking decision in case of Mangal Dosh. Otherwise some trouble may happen in marriage life.

We are performing this Shanti Pooja Vidhi or Nivaran Pooja Vidhi by our learned Vedic Brahmin under the guidance of our authentic and knowledgeable Astrologer, as per accepted ancient belief of sages.

We are performing this Shanti Pooja Vidhi in different type:

We want your birth detail for Shanti Pooja Vidhi.

(If anybody want detailed horoscope also will be applicable)

If you have any doubt or clarification or any other astrological queries or requirement of horoscope, prediction and advice, remedies, match making, Vastu shatra, gem stone , Pooja-Vidhi or Mangal Dosh Nivaran, please contact us. we assure you to give proper guidance and service. 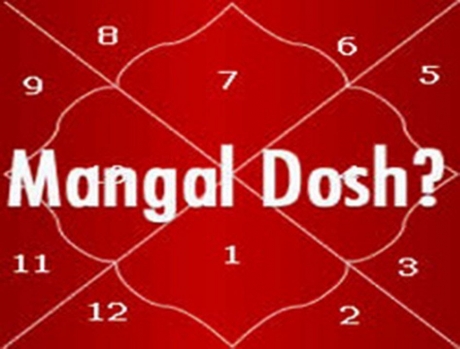